We’ll identify potential projects and schedule qualified meetings for you!

As a world leader in investment attraction, ROI Research On Investment combines cutting-edge technology with big data and talented people to help you win. Fill out this form and we will contact you shortly:

Welcome to the future! From 3D printed organs to KFC 3D-printed chicken nuggets, to skyscrapers, there seems to be no end to the possibilities of what this thriving sector can do.  But most importantly, during a pandemic that has turned the world upside down, 3D printing (also known as Additive Manufacturing) has finally truly gotten a chance to prove itself. With global supply chains hit badly and the need to quickly turnaround emergency medical supplies, 3D printing technology has been a true hero during the crisis. 3D printing is now being used to produce everything from face shields, masks, safety goggles, ventilator components, valves for respirators, and test swabs. Learn more about this booming industry and the companies that are helping to shape its future!

The global 3D printing market size is slated to exceed 40 billion U.S. dollars by 2024. It is expected to grow at a compound annual growth rate of 26.4 percent between 2020 and 2024. There has been no shortage of startups flocking this innovative market. It’s a competitive sector that has attracted plenty of investors as well. For example, approximately $1.1 billion dollars of investments were made in 77 early-stage companies in 2019 alone. Many key countries are supporting the advancement and adoption of 3D printing.

The United States is leading the pack with 35.3% adoption. They currently have the largest quantity with 422,000 units installed. However, Asia and more particularly China, has the fastest growing adoption rate in the 3D printing world with a market share of 10.6%. The acceleration and progress is linked to many government-supported initiatives ranging from financial incentives to favorable policies. As a manufacturing leader, there is no doubt China is vying to take over this sector.

Korea and Singapore have also built a healthy market as well. Europe holds 55% with individual countries like Germany, UK, France, and Italy each taking a smaller part of the pie. The country innovating the most could take the market. The US holds the most patents in the world with 44,177 patents. General Electric has the most 3D printing patents in the United States, followed by HP and United Technologies Corporation. China is in second place with 18,838 patents, followed by Germany in third place with 10,199 patents.

In the past, the industry has been experiencing some obstacles in terms of being accepted as a volume-based option  However during this crisis, it has stepped in and in many cases proved that it can handle volume better than many anticipated. More than anything, it is an extremely good alternative as a flexible on-demand option that requires manufacturers to rely less on overseas suppliers. We are currently relying on this technology heavily to fill in major supply chain gaps. Other constant growth drivers such as rapid prototyping with 3D printers remain the fastest and most cost-effective for companies to see their plans come to life. The following items are a few of the key growth drivers:

3D printing is practical and valuable to a wide-range of industries. However, the following sectors are displaying the most use for it, along with creating innovative applications that are industry game-changers in many cases (in no particular order):

It is not a full reality yet. You still can’t go out and purchase a 3D printed car. But many companies have joined the race to produce the world’s first mass-produced car. Until then, there have been many incredible smaller scale 3D cars. For now, 3D printing is being heavily used by all the automotive giants and luxury brands like Porsche and Bentley to create precision parts. We are hearing more and more about how 3D printing is disrupting the construction market, as it is being used for bridges, walls, and building low-cost efficient homes. Perhaps not as important as the medical, military, or aircraft sector, but 3D printing also plays a big role in the jewelry and apparel market.

3D printing is definitely in a major transitory process as we depend on it more and more.  But like all industries, it has its challenges and barriers. It currently cannot do everything and cannot replace traditional manufacturing. During the pandemic, intellectual property rights held back manufacturers from being able to respond to critical medical supplies required for COVID-19. Technical designs were rejected which raised further awareness for the need to reexamine IP laws.

In the medical world, a large concern is that medical materials need to be sterilized often. Some polymers might meet regulation on chemical stability or strength, but might prematurely break down with extended and repeated exposure to sterilization methods that use heat. There is also not enough standardization, certificates, and guidelines. The pandemic shed some light on issues it will need to address. But right now, 3D printing seems to be an unstoppable and untouchable industry. 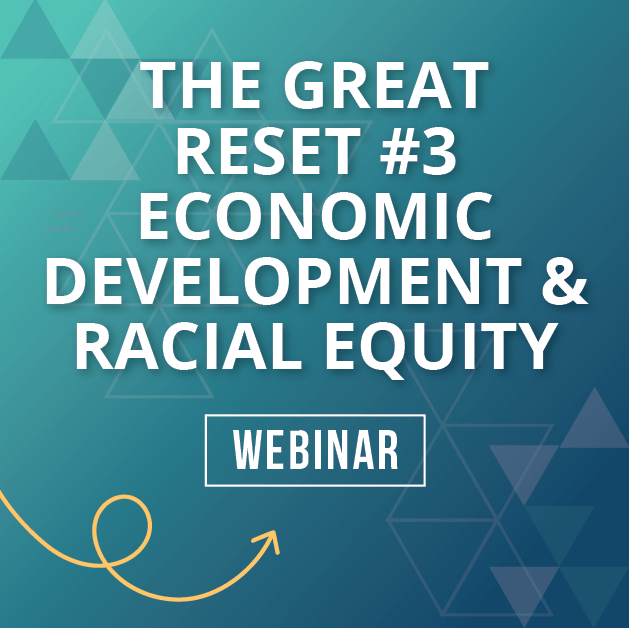 Webinar The Great Reset #3: The Role of Economic Development to Foster Racial Equity

Communities everywhere are impacted by the COVID-19 crisis. Economic developers, Chambers and businesses of all sizes are wondering what’s next? When can we start talking about recovery? You will come away with new ideas for recovery including: Preparing your EDO for the new “normal”, Identifying and competing for industries and businesses that will be in high demand, ... 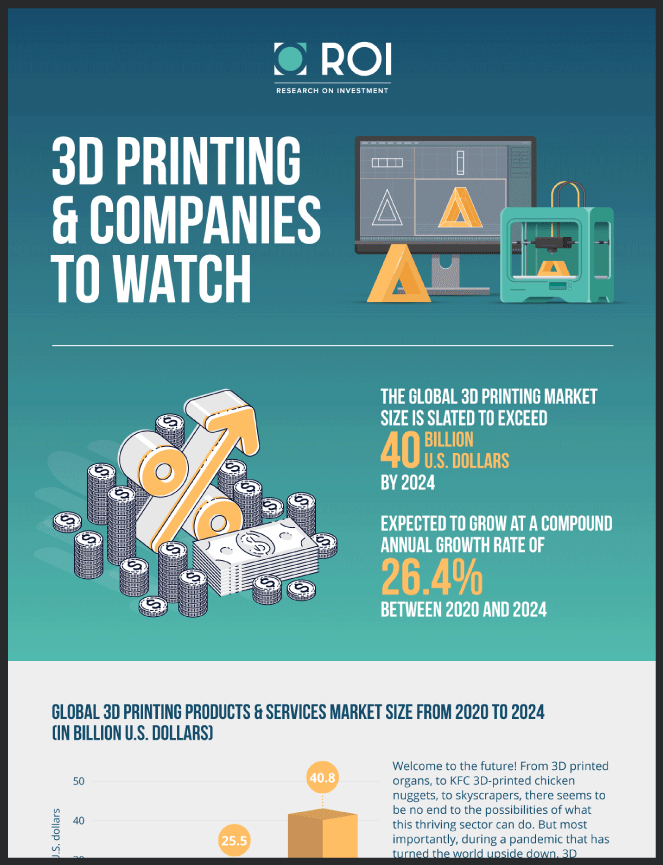 Welcome to the future! From 3D printed organs to KFC 3D-printed chicken nuggets, to skyscrapers, there seems to be no end to the possibilities of what this thriving sector can do. But most importantly, during a pandemic that has turned the world upside down, 3D printing (also known as Additive Manufacturing) has.... 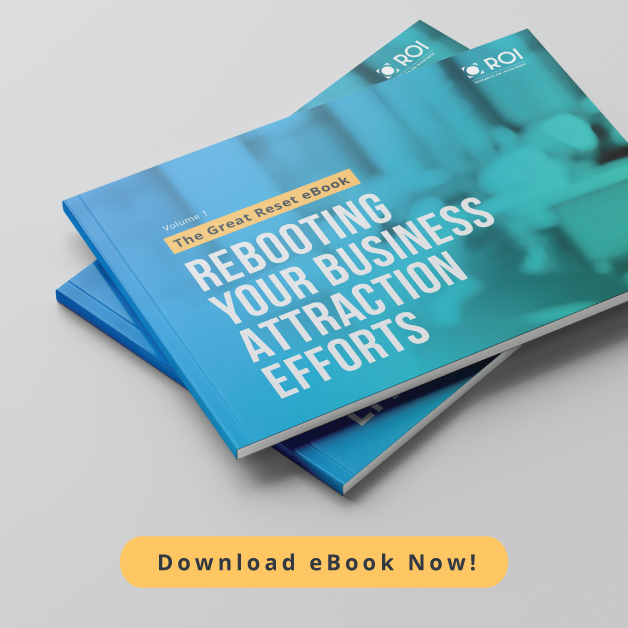 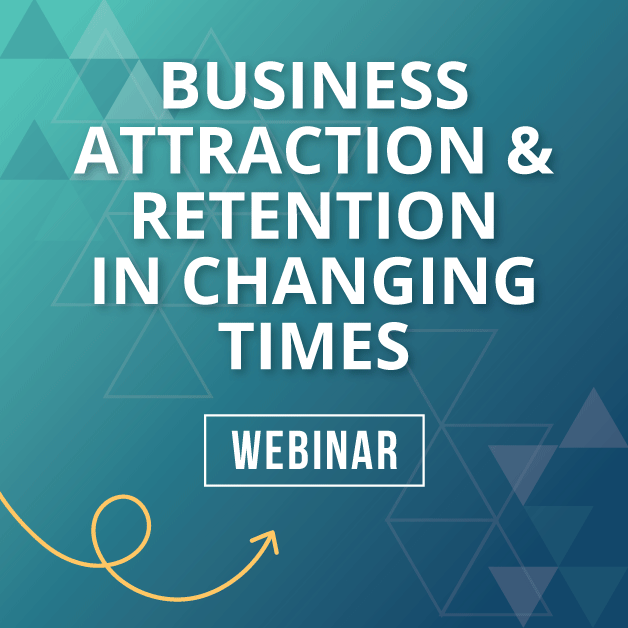 Our President & Founder, Steven Jast was invited to speak at the IADG Partners V-Forum 2020 (Iowa Area Development Group). We were honored to be part of this event! We invite you to watch the recording to learn more about investment prospecting, attraction, and retention in these changing times.

About how our intelligent leads can be at the foundation of your next investment success.