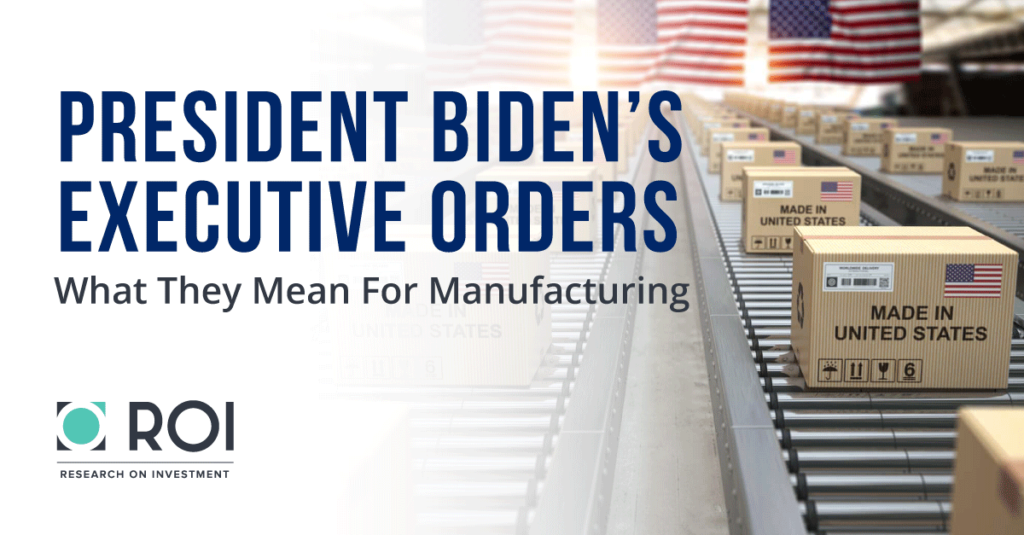 At a whopping twenty-two, Joe Biden easily signed more executive orders in his first week than any other president in history. His two most recent predecessors, Donald Trump and Barack Obama, penned a comparatively restrained four and five orders in their first week. Let’s take a look some of Biden’s most relevant executive orders, with an eye on how the manufacturing sector is likely to be impacted, as well as the early insights they provide for the Biden Administration.

Push to Make in America 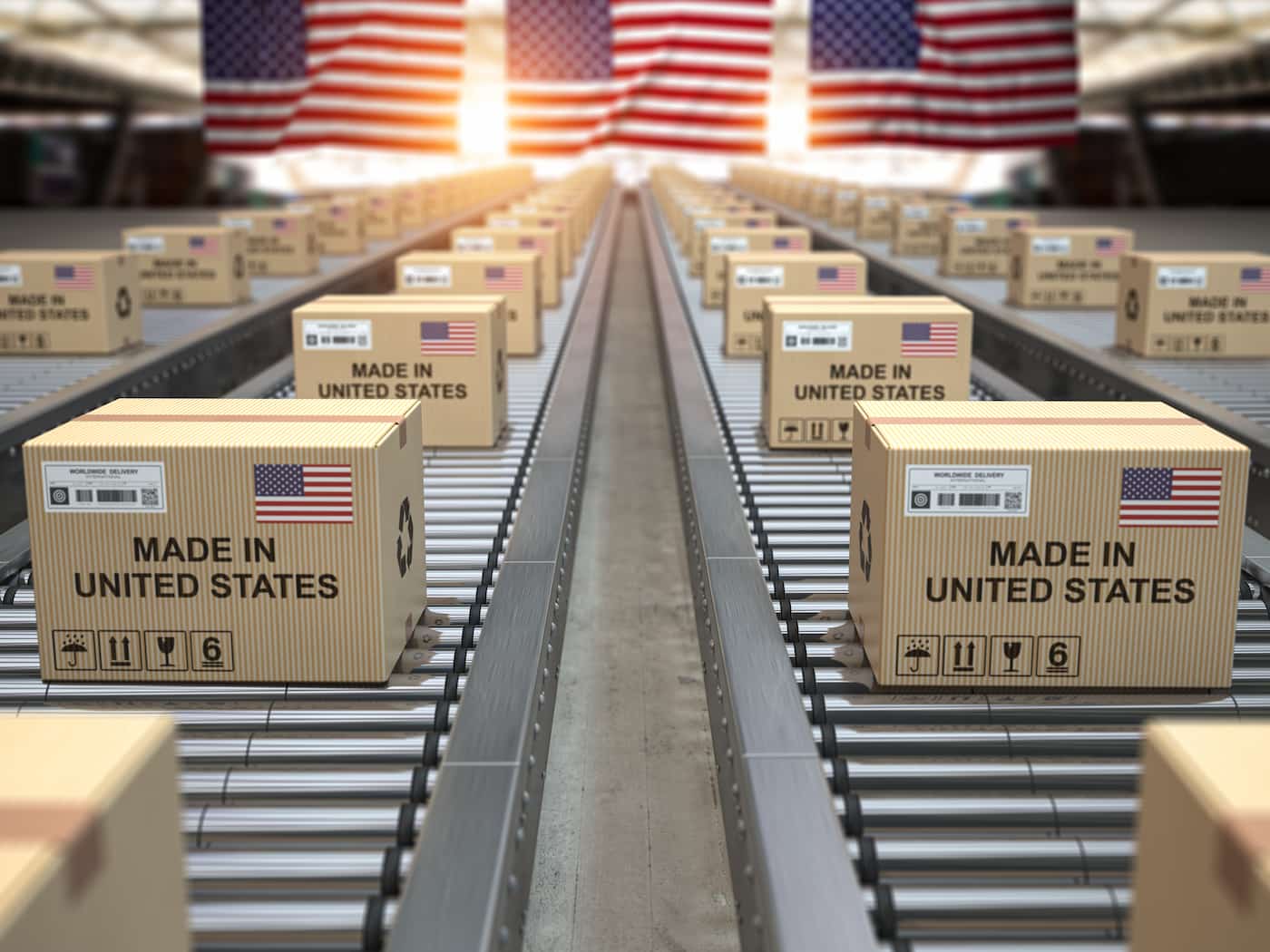 A key initiative of Joe Biden, in the spirit of the “old” Democratic Party, is to push firms to source and produce in the United States, and perhaps to limit foreign access to the American market. In this area, he shares his predecessor’s beliefs, including a commitment to domestic manufacturing, and possibly even his protectionist bent. However, it is unlikely that he will put the same emphasis on tariffs in this pursuit.

Instead, President Biden will try to shift more of the federal government’s substantial budget toward American manufacturing and provide subsidies and other incentives for companies that buy American products and employ American labor. Biden’s most consequential executive order to date for these aims is the “Executive Order on Ensuring the Future is Made in All of America by All of America’s Workers.”

The order seeks to ensure that the federal government spends tax dollars on products made in the United States. It also makes more stringent the government’s current waiver system for purchasing foreign goods that cannot be sourced domestically, as well as publishing the list of goods that are eligible for the waiver. The Biden Administration claims that the federal government, which spends over $600 billion on contracting products, will invest “hundreds of billions” in the American economy under the plan.

A strong focus on domestic manufacturing will continue under the Biden Administration. American manufacturers can expect to enjoy certain preferential treatment, though they may find input costs rise if commodities like steel and aluminum remain subject to tariffs. They also may be subject to punitive measures, such as fees and exclusion from government contracts, if their labor and products are foreign-sourced. Additionally, if Biden is aggressive in protecting the American market, export markets may well respond in kind. 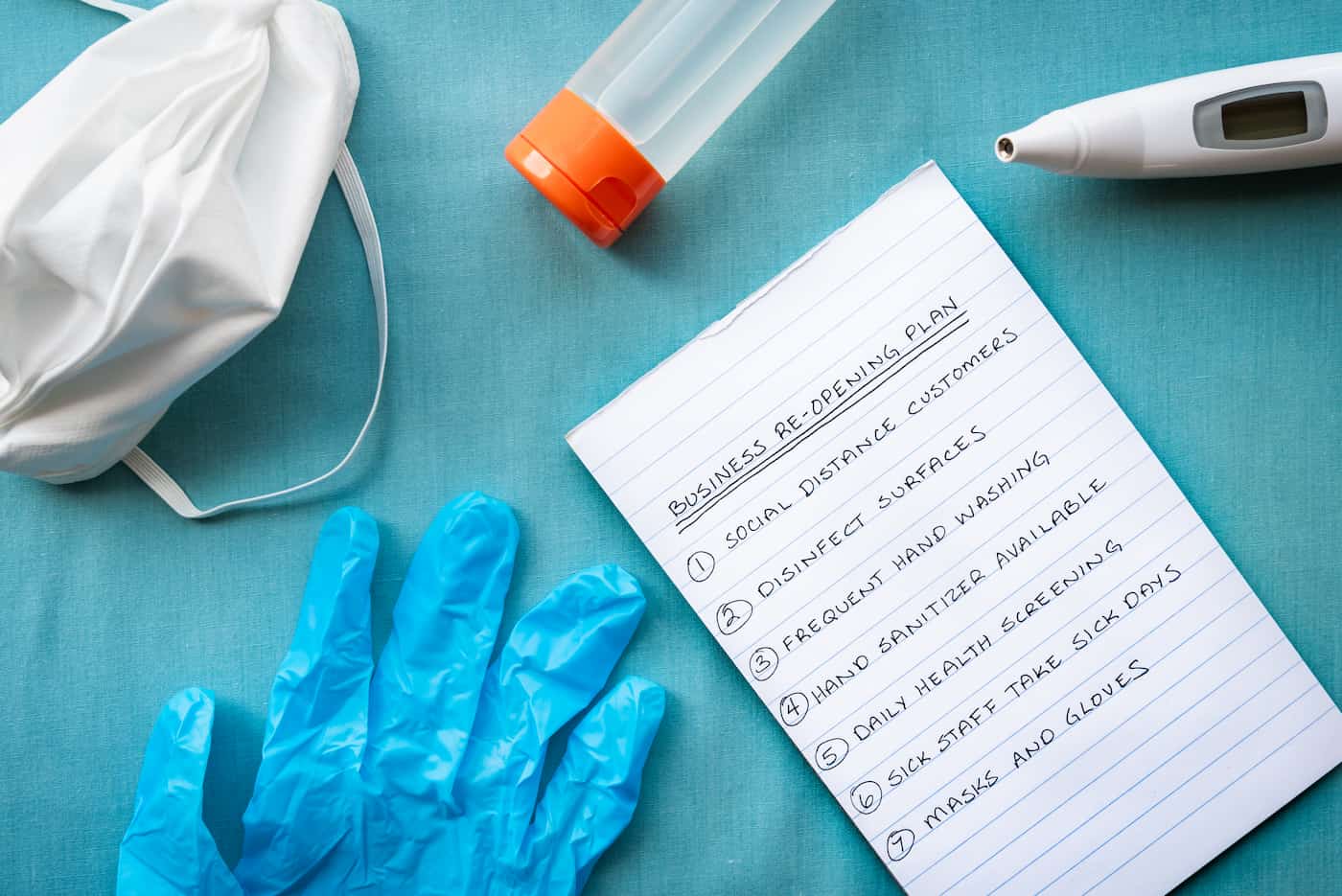 The Biden Administration seeks to distinguish itself from Donald Trump’s handling of virtually every issue, and the pandemic is no exception. Many of his executive orders are related to the Covid-19 pandemic, including the federal procurement of resources and workplace safety measures.

During the Biden Administration, the US will see a more active and centralized federal role in managing the pandemic. For relevant manufacturers, this will likely mean a larger volume of business being done directly with the federal government in the procurement of PPE, supplies related to and including vaccines, and other key resources, rather than with local governments using federal funds. The federal government will also play a larger role in managing the allocation of these resources across the country.

The executive orders also predict greater federal oversight for workplace practices to reduce the spread of the virus, and consequences for noncompliance once these new guidelines are released. Companies may have to adjust their production processes to meet these guidelines as they are rolled out, which could create friction in the months to come. 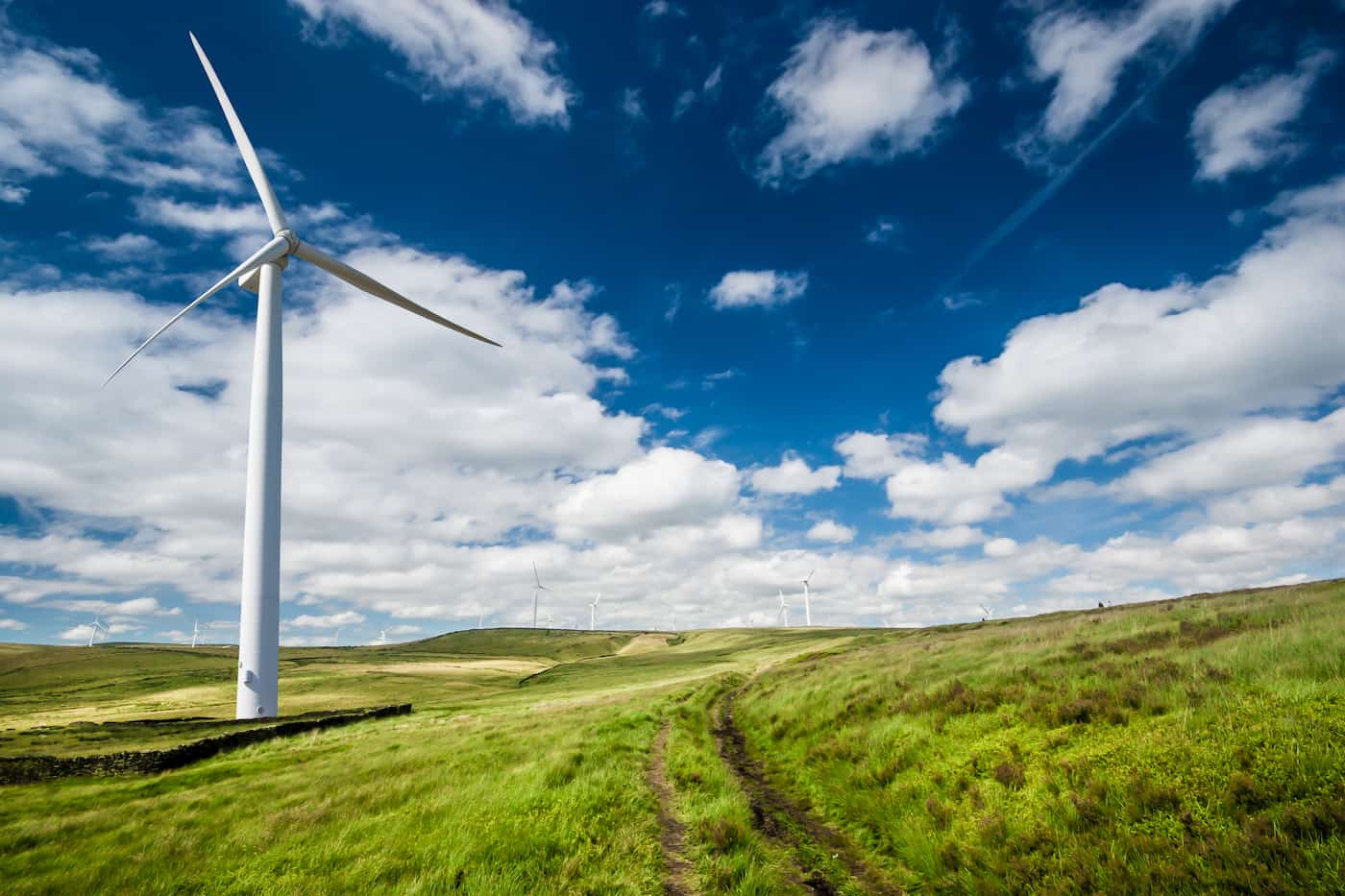 Few industrialists lost sleep over Donald Trump’s aggressive deregulation of the US economy. In a series of his own executive orders, Trump pulled the US out of the Paris Climate Accord and rolled back a great deal of environmental regulation, with the aim of making American industry more competitive. Joe Biden has sought to reverse this trend. Perhaps in no other realm has the president’s focus been so centered on undoing Trump’s executive action. As he said when addressing the volume of his orders, “I’m not making new law, I’m eliminating bad policy”.

President Biden is bringing environmental protection back to the policy forefront, primarily through two executive orders called “Protecting Public Health and the Environment and Restoring Science to Tackle the Climate Crisis” and “Revocation of Certain Executive Orders Concerning Federal Regulation”. The orders undo much of Trump’s deregulatory initiatives, particularly with regard to the environment, and add some new ones.

Most consequentially, President Biden has rejoined the Paris Climate Agreement, which the US was instrumental in drafting. Another major action by executive order was the revocation of permits for the Keystone XL pipeline, which would make the transportation of Canadian oil to the United States much more efficient. Interested companies and Canadian leaders lobbied tirelessly to prevent this decision, all the way up to the Prime Minister’s office. Their failure may predict American inflexibility on environmental issues and international commerce during the administration.

President Biden also signed an executive order titled “Tackling the Climate Crisis at Home and Abroad”, which ends federal subsidies for fossil fuels and pledges government support for nascent green energy industries, such as offshore wind. An ambitious goal of the order is a carbon-neutral electrical grid in America by 2035. With these orders, the Biden Administration signals that the government will play a heavy role in boosting green industries and phasing out fossil fuels.

US leadership will become more environmentally conscious under President Biden, but industry will feel the cost of a greener economy in the form of greater regulatory burden, similar to and likely surpassing the policies of the Obama Administration. Donald Trump’s tax cuts and deregulation drove robust economic growth in the US before the pandemic; Biden’s instinct to remove these drivers may diminish that growth in the years to come in pursuit of a greener, more equitable economy. We also expect a less hospitable environment for fossil fuel consumers and producers, with heavy incentives for green energy.

President Biden wants to use the full weight of the federal government, from greenbacks to guidelines, to tackle to pandemic. The government will spend more, which means more volume and predictability of demand for companies that supply the effort. However, it also means a more active federal role in regulating and monitoring workplace measures to keep the virus in check. This may create an undue compliance burden for some companies, depending on what these new measures turn out to be.

Increased environmental regulation is a welcome change for a world facing an impending climate crisis, as well as for foreign companies which felt they competed under different rules against American companies, but American manufacturing will likely bristle after four years of lax regulation. There will also be greater pressure on companies to shift away from fossil fuels, and a higher relative rate of return for clean energy projects thanks to government aid.

President Biden’s Buy America initiatives are likely to disrupt sourcing methods for many companies that rely on federal contracts and use foreign goods or labor. They portend another administration that is skeptical of free trade, and one that will play an active role in boosting domestic manufacturing. These policies could lead to higher input costs and lower exports if the president is too ambitious in protecting American markets.