The Made in America Tax Plan: Major Impacts for FDI & Economic Development 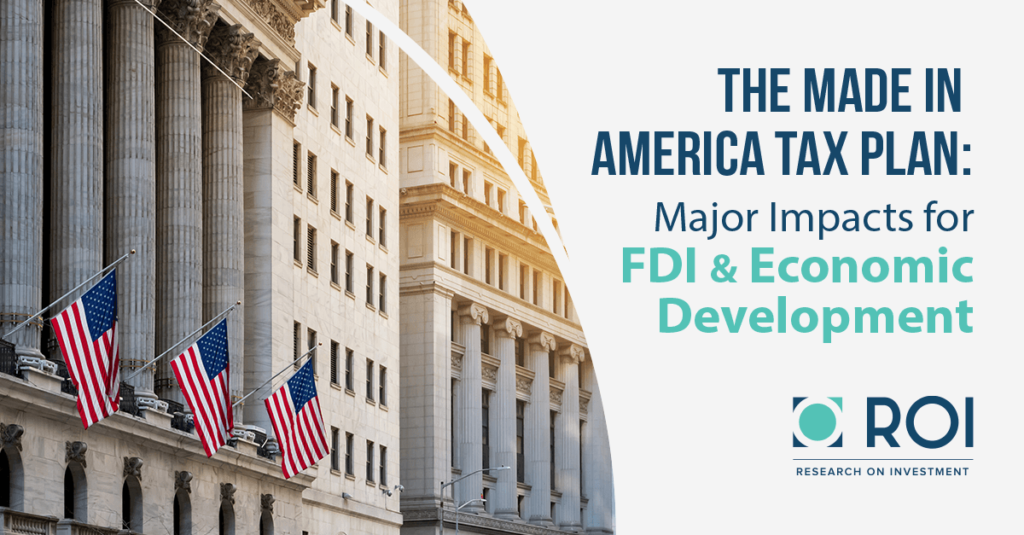 On March 31, 2021, the Biden administration unveiled the American Jobs Plan, a $2 trillion dollar infrastructure improvement and modernization plan. The following week, the administration released the proposed “Made in America Tax Plan,” that could have far reaching effects for foreign direct investment and economic development strategy.

According to the Biden administration, The Made in America Tax Plan is designed to improve American competitiveness on the world economic stage.

Wide-ranging, the plan aims to increase the base corporate tax rate, improve the enforcement and collection capabilities of the Internal Revenue Service, and close “loopholes” currently being used by companies to shift profits from the US to foreign, low-tax jurisdictions.

In a nutshell the plan seeks to:

Increasing the Base Rate of Corporate Tax 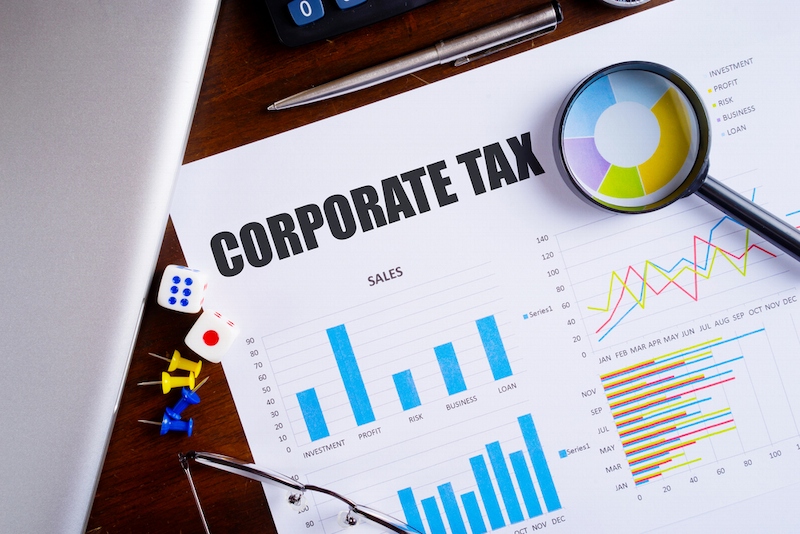 The Trump administration introduced the Tax Cuts and Jobs Act, which was passed by Congress and signed into law in 2017. It was a sweeping reform of the American taxation system. One of its most dramatic changes was a reduction of the corporate tax rate from 28% to 21%.

In one of the more straightforward provisions of the Made in America Tax Plan, the Biden administration proposes to reverse that corporate tax cut, returning the rate to 28% from 21%.

According to a recent article by the National Law Review, this would make the aggregate US corporate tax rate, which takes into account state and local taxes, about 32.34%. And while that would render the aggregate US rate the highest in the Organization for Economic Cooperation and Development (OECD).

Introduced by the Tax Cuts and Jobs Act (TCJA) of 2017, the Global Intangible Low-Taxed Income (GILTI) regime governs a category of income earned abroad by American-controlled foreign corporations. This income is subject to special rules under the tax code.

Basically, American companies were subject to tax on their worldwide income regardless of where it was earned. However, taxes on foreign income earned by foreign subsidiaries of American corporations were only imposed when repatriated to the US in the form of dividends paid to US shareholders.

The TCJA changed that, allowing for an exemption for foreign-controlled companies’ active business income even when it was repatriated to the US.

The GILTI rules imposed a tax of between 10.5% and 13.125% on certain foreign income calculated on the basis of complex formulas. The net result has been that corporations are incentivized to offshore tangible assets to reduce their tax payable under the GILTI rules.

The Biden administration proposes to eliminate the tax deduction available to US-controlled corporations on the first 10% earned from tangible assets held overseas.

This administration also proposes to eliminate the ability of US-controlled corporations to shield income earned in tax havens with taxes paid to high-tax jurisdictions.

Similar to the GILTI regime, the Foreign Derived Intangible Income (FDII) regime incentivizes, through a complex series of calculations, the offshoring of tangible assets to reduce tax payable to the Internal Revenue Service.

The Made in America Tax Plan includes a proposal to eliminate the FDII. This proposal would operate in much the same way as the proposed changes to the GILTI regime. It would theoretically reduce the preferential tax treatment of foreign income, encouraging US businesses to locate more of their tangible assets onshore.

The Base Erosion and Anti-Abuse Tax (BEAT) is a minimum tax regime imposed by the Tax Cuts and Jobs Act of 2017. Essentially, a corporation calculates its taxes based on the usual rates after allowing for all legal credits and deductions. It then calculates its BEAT rate (which is a lower rate) with designated deductions added back into its taxable income.

The Biden administration suggests that the BEAT regime has been ineffective at discouraging corporations from shifting their profits overseas by engaging in aggressive transfer pricing and other, offshore tax-avoidance strategies.

The current proposal would see the BEAT regime replaced by the Stopping Harmful Inversions and Ending Low-tax Developments (SHIELD) plan. Under this rule, corporations would be denied access to deductions when payments are made to related parties subject to a low effective rate of tax.

A “low effective tax rate” would be defined by reference to a future, multilateral minimum corporate tax agreement to be negotiated on the international stage.

This change could have dramatic effects on businesses that shift profits from the US to related companies based in offshore jurisdictions that benefit from very low, or nonexistent, rates of corporate taxation.

Currently, corporations often report substantial profits to shareholders while remaining legally liable for no, or even negative, taxes. This is because the US Tax Code permits companies to reduce their reported income via deductions, credits, and international profit shifting to a point where large discrepancies exist between their book reporting and tax reporting.

These strategies are completely legal under the current tax rules.

The Biden administration proposes to implement a minimum corporate tax of 15% of book profits.

Such a proposal would have significant effects on large companies currently benefiting from generous deductions, credit, and profit shifting rules that allow them to pay 0% in federal corporate tax while reporting large profits to shareholders.

According to the US Treasury Department, companies affected by this tax would pay an additional $300 million in taxes each year.

Increasing Funding to the IRS

The Internal Revenue Service (IRS) is responsible for implementing and enforcing the US Tax Code.

Over the past 10 years or so, funding available to the IRS for the enforcement of tax rules has fallen by about 25%. Due to the lack of funds available to investigate and prosecute cases of tax evasion, the IRS has begun prioritizing less complex cases.

In effect, this means that the IRS has been prioritizing the investigation and prosecution of arguably less culpable individuals over more culpable, and wealthier, corporations.

The Made in America Tax Plan proposes to increase funding to the IRS and allow it to access the investigation and litigation resources it requires to pursue the largest and most sophisticated tax evaders. 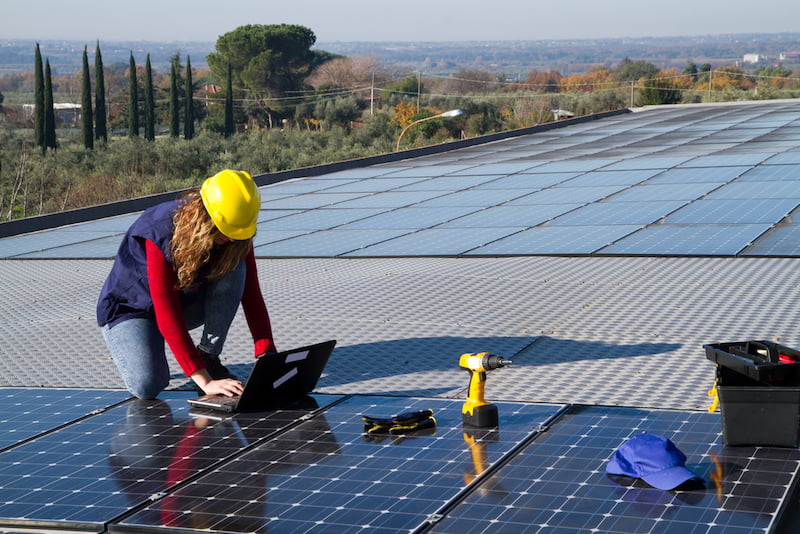 The Made in America Tax Plan includes several proposals to reduce or eliminate tax incentives for engaging in the extraction, production, and use of fossil fuels. It also contains proposals to incentivize the production of greener forms of energy, including wind, solar, hydroelectric, and geothermal power.

Additionally, the Plan offers tax incentives to consumers who wish to finance and purchase electric vehicles, with an eye to reducing the carbon footprint of America’s transportation fleet.

In recognition of the fact that climate change has already begun impacting businesses and homes across the country, especially on the coasts, the administration proposes tax incentives for increasing the physical resilience of America’s infrastructure, homes, and businesses to wildfires, droughts, and floods.

Polluters would be penalized via tax disincentives and the imposition of a tax to fund Environmental Protection Agency cleanup costs for so-called Superfund sites.

Will the Made in America Tax Plan Become Law? 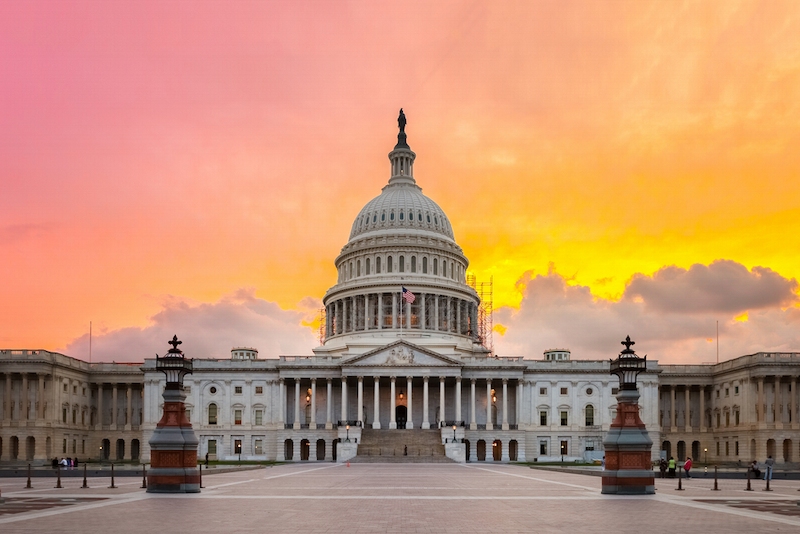 The White House faces several challenges in advancing the Made in America Tax Plan.

First, the companion proposal, The American Jobs Plan, faces likely opposition from a Republican Party that holds 50 of the 100 seats in the Senate. Even considering the tie-breaking vote held by Vice President Kamala Harris and the recent announcement by the Senate Parliamentarian that Democrats could use the budget reconciliation process to pass an infrastructure bill, President Biden will likely encounter significant challenges in shepherding this plan towards legislative reality.

The same will likely hold true for the Made in America Tax Plan.

Were they to become law, the changes proposed by the White House in the Made in America Tax Plan would be some of the most impactful pieces of legislation to be passed by the US government in years. This may be surprising to some, especially given that the United States Tax Code was recently and significantly revised in 2017 via the passage of the Tax Cuts and Jobs Act.

Its passage would significantly rebalance the US tax system in favor of individuals (as opposed to corporations) in a way not seen since the mid-20th century. It would also herald a substantial uptick in the enforcement of the US Tax Code by the IRS and require multinational corporations to reconsider the ways in which they conduct their offshore operations, significantly impacting US FDI. The plan would also have a major impact on foreign-based companies considering expansion to the US, given the proposed higher tax rates.

Finally, the plan would create new categories of “winners” and “losers” in the perennial fight for tax credits and deductions, with green energy companies becoming some of the most significant recipients of tax relief. This could cause major advancements and economic spin-off in the form of job creation generated by the clean-tech industry.